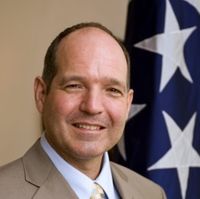 FRANKLIN, Tenn. – At the Tennessee Farm Bureau Annual Convention, Tennessee Governor-elect Bill Lee announced that Dr. Charlie Hatcher will join his cabinet to serve as Commissioner of the Tennessee Department of Agriculture.

“Charlie brings tremendous perspective about our state’s rural resources and agricultural way of life,” said Lee. “What happens in rural Tennessee matters to all Tennesseans and Charlie has the experience to carry out the administration’s key priorities in agriculture and rural economic development.”

Since 2009, Dr. Hatcher has served as the State Veterinarian for the Tennessee Department of Agriculture where he protects the health and welfare of animals within the state, as well as promoting the marketability of animals and animal products.

Dr. Hatcher serves as the general managing partner of Hatcher Family Dairy which was established in 1831. In 2007, the Hatcher family began bottling their own milk and selling to customers in Middle Tennessee as Hatcher Dairy. It has become a successful agritourism venture in Williamson County. He also serves as general managing partner for Williamson County-based Rock-N-Roll Farms and Battle Mountain Farm. Dr. Hatcher is the practice owner of Rock-N-Country Veterinary Services in College Grove.

“I am honored that Governor-elect Lee has charged me with serving our state as the head of the Department of Agriculture,” said Dr. Hatcher. “Being a 10th generation farmer, I know that agriculture impacts all Tennesseans, and I will ensure that we have the best ag community in any state in the country.”

Dr. Hatcher received his Doctorate of Veterinary Medicine from the University of Tennessee in Knoxville and a B.S. in Animal Science from Middle Tennessee State University. He is a 10th generation farmer and a fifth generation Tennessee farmer who resides in College Grove with his wife of 40 years, Sharon. His son and daughter also live on their family farm with their respective families and also have careers in agriculture.

On November 7, the transition unveiled a new website – transition.billlee.com. The site includes detailed information about the Governor-elect’s policy priorities, a section where Tennesseans can submit their resumes to potentially join his team, and most importantly, a section where Tennesseans can share their ideas with the Governor-elect and his team.

Since launching the site, the Lee Transition Team has received information from more than 1,000 applicants who are interested in serving in the administration and over 2,000 ideas for bettering state government.

More information can be found at transition.billlee.com.